Well here they are our little Halloween kiddos. We deviated from our original plan and instead of going back to the old neighborhood we stayed in our own area. The new house is not in a Trick or Treat friendly zone so we went to our friends house. We had a little pizza and punch before we headed out. 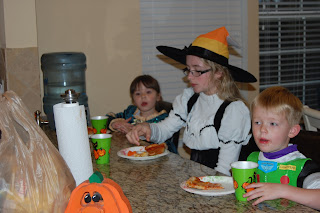 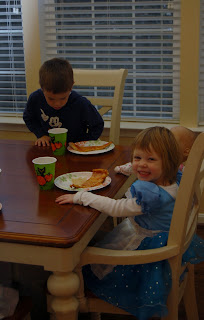 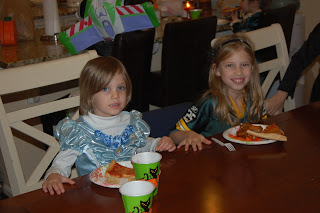 Once everyone was dressed and ready to go we had to do the obligatory group photo with all the kids. 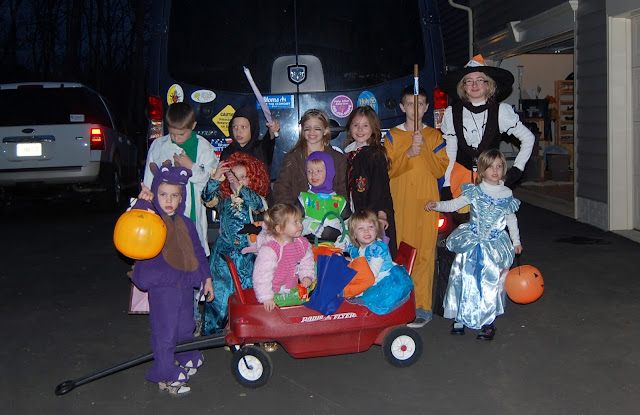 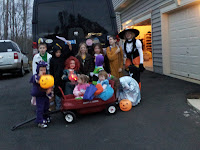 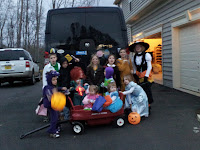 We then headed out for the candy, the kids were off and running and of course having a great time. 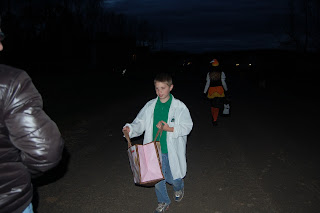 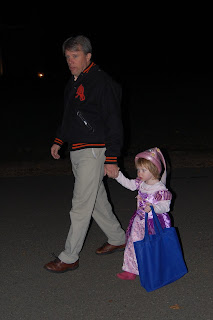 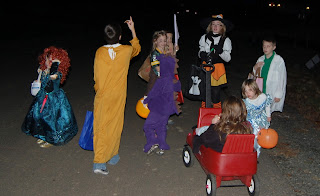 And lets not forget our littlest one, our little ladybug. 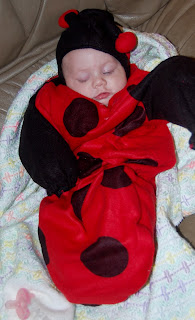 We hope you all had a great Halloween and we look forward to tomorrow and All Saints day. We have been researching and changing saints on a daily basis.


Posted by Geraldine Erikson at 8:28 PM No comments:

It's Been a while


Well I am back since our move and crazy summer. For those who don't know our crazy summer started on Mother's Day. We had been searching for a home for about two years mostly on-line and some driving around. I thought I had finally found one worthy of a good look so after Mass we loaded up and took a look. That started the whole thing right there.

Remember at that point I was 7 months pregnant. Once we took a look at the outside we called the realtor and came back that afternoon to look again and decided we had finally found what we had been looking for. A little more inside space and lots more outside space. 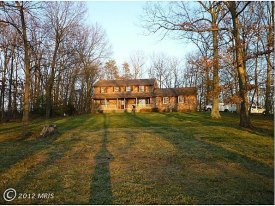 .
After a little back and forth negotiation we signed a contract and were buying a new home. That means we needed to start packing our home of eleven years. Two days after starting this process we had a bump in the road.

What we thought was a stomach bug turned out to be a burst appendix on our #2 son. It was a crazy day going from checking in at the doctor to ending with surgery by an awesome surgeon who was taken aback by the explosion he had to clean up in Mark's abdomen. Mark and I then spent a week in the hospital while he received heavy dose antibiotics. He was a champ, by the end he did not want to leave, who would food delivered and TV and video games all day. But don't worry he was able to go back 5 days after leaving the hospital we got to go back and spend 5 days with another less invasive procedure followed by lots more antibiotics. Remember I am suppose to be packing at this point and yes I was still pregnant. The staff at Prince William Hospital was awesome.

Once we got Mark back on the road to recovery that put one of my big boys out of box moving condition. We started packing and packing and trying to de-clutter. Thank you so much to all our awesome box donors and our friends who helped move boxes.

Apparently I did not have to worry about the June 22nd deadline for moving since lenders are moving at a record slow pace. We finally closed on our new home on July 23rd. Less than one month before our little girls due date and the same week Rich's company began changing ownership. The company was bought so hopefully a little more job stability.

So if you are following our summer that is 4 of the top 5 most stressful events you can have and yes we decided to pack all of them into one summer.

After moving of course Rich had to do a little cross country travel while it was 100 degrees here. The AC decided to die while he was out of town. Luckily the Home Warranty took care of the repair and the system seems to be working well and the heat is now working.

Then we moved into baby time. We needed to find all the newborn baby stuff that was packed away get it cleaned and set-up before her arrival. Thank you to Reesa Barklage for my wonderful evening with the ladies and for the awesome M shirts. Hopefully soon we will have a picture of everyone with them on. 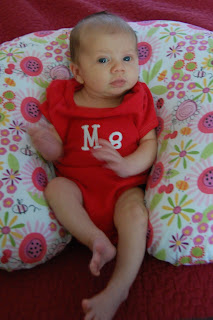 Maryann Elizabeth was born on August 15 and that was the joy of our summer. She is an awesome little girl and her siblings and parents think she is "so cute" you should hear the 2 year old sister say it. 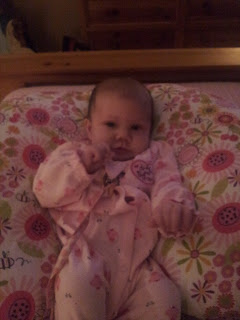 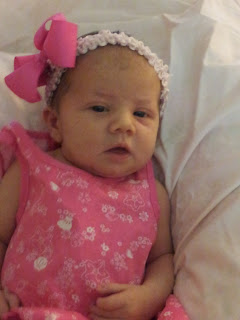 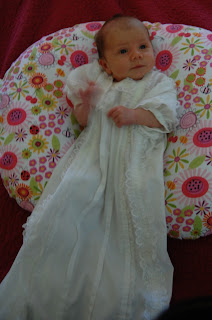 So now that we have survived our summer we are back at school and scouts is in full swing. We are also living in a sea of boxes, I think we will be unpacking for the next six months. I have decided after a year hiatus that I will start Blogging again if anything to try and get more pictures of the kids and what we are doing out there for our family and friends. I am not big on long phone chats these days.

Today we are post "Sandy" and survived. Our awesome new home weathered it great. We lost a lot of tree limbs but no trees and only lost power for 18 hours. The kids thought it was one of the best family nights we have had. We had a great monopoly game and two desserts. They then got the treat of sleeping in our big tent in the basement.

Well I hope whoever decides to read or follow this new Blog will enjoy seeing what we are up to here.

I hope you are all safe tonight and have survived the latest storm of the century.

BTW this will probably be the most you will ever see me write.

Who I am following: